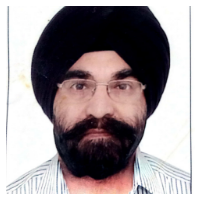 Jaswinder Singh Gandhi is working with an NGO “Amrit Drug De-addiction and Research Foundation”. He has 15 years’ experience in drug de addiction field with more than 2500 patients. He is a member of various national and international Institutions which are working on drug de-addiction namely ASAM, NAADAC, ISAM, IPS, IMA, ISA, ISCCM, ISSM. In addition to a MBBS and MD degree, he is certified by ISAM (International Society of Addiction Medicine) in substance use disorders scoring 82% marks. ISAM is funded by World Health Organization and NIDA(USA). He has attended many national and International Conferences (Netherlands, Germany, Australia, Spain, Malaysia, Thailand) and has presented his research works on de-addiction. Recently he presented his work in WPA conference held at Madrid (Spain) and IPS conference at Hyderabad and AIIMS New Delhi. His research papers have been published in International journals of repute with high impact factor. He is a reviewer of Buprenorphine website “Buppractice” which has trained more than 3000 doctors, and which is funded entirely by SAMHSA (American Govt.). He has won 3000 US Dollars fellowship award at ISAM 2013 conference held at Kuala lumpur where more than 1000 doctors from 100 countries of the world had participated. In year 2014 he has been nominated for prestigious “Voice” awards of SAMHSA (American Govt.) He has been given state award on 15 August 2015 by Govt. for his services in field of Drug de-addiction. He has developed an interactive software “SANTAM” helping patients as well as physicians in diagnosis and treatment of Substance Use Disorder. This software is first of its kind in Punjabi. This software is available for free download. This software has been translated in many languages and at present being used at premier mental health institute NIMHANS, Bangalore. In addition, his articles and stories are being published regularly in various leading newspapers, magazines and International Journals of repute. He is appearing regularly on Television and Radio shows for live interactive talk against drug addiction.

Dr. Mustafa Afifi held his MBChB, Masters in Internal Medicine, two post graduate diplomas in Mental Health, and Primary Health Care. Then he had another post graduate Diploma in General Management and finally his terminal degree of DrPH. He also got a Masters in Health Professional Education. He worked as a Consultant Mental Health for the Ministry of Health Headquarter in the UAE. He then joined academia since 2014 because of his interest in life-long learning and cultivating self-directed learning among university students. He has many PubMed Indexed publications in mental health, psychiatry, Non-Communicable Diseases, gender issues, and medical education. He plays tennis, squash and practices scuba-diving. He is now the Dean of Academic Affairs at Jumeira University, Dubai, UAE. 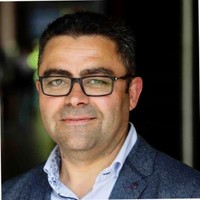 Since 2012 I am employed as a psychiatrist and trauma psychiatrist in the Netherland. Since 2017 as an independent consultant, lecturer, and advisor at governmental and commercial organizations in the Netherlands, Belgium, and Germany furthermore, I'm the founder and the director of CoTeam MHC and academy (Culturally Oriented Trauma Expert and Motivation center in Rotterdam). A member of a Dutch Association for Psychiatry, and a board member of Dutch-language Association for Psycho-trauma therapy 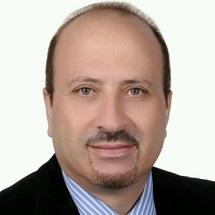